In our Tai Chi & Qi Gong Class we concentrate on the health benefits that these can bring. Much of the skills taught come from the knowledge gained by Tony Willis Sifu during his visits to Beijing China and the time spent learning Traditional Chinese Medicine at the Hospital in Beijing. Tony Willis Sifu learnt Tai Chi from Master Paul Whitrod in the UK.

Tai Chi is probably more recognisable to most westerners but often Qi Gong is actually what is being practiced and not actually Tai Chi Chuan. During the classes which suit all ages and physical abilities you will learn how to cultivate and nurture the Chi (Qi) in the body to help maintain good health. We will practice the Qi Gong Routines of Baat Duan Jin (8 Section Brocade) as well as Cloud Hands, Qi Gong routines Tony learnt in China and the Qi Gong from the Chow Hakka Mantis Tradition as well.

Tai chi chuan is an internal Chinese martial art often practiced for health reasons. Tai chi Chuan is typically practiced for a variety of reasons: its hard and soft martial techniques, demonstration competitions, health and longevity. Consequently, a multitude of training forms exist, both traditional and modern, which correspond to those aims. Some of tai chi chuan’s training forms are well known to Westerners as the slow motion routines that groups of people practice together every morning in parks around the world, particularly in China and the Far East.

The 24 posture Simplified Form of tai chi chuan, sometimes called the Beijing form for its place of origin, is a short version of Yang style tai chi composed of twenty-four unique movements.

During the classes we will also practice breathing techniques called Qi Gong, These are great for people of all abilities and particularly for anyone with illness or disabilities. Tony teaches the Qi Gong from the Mantis system plus some additional Qi Gong routines that he learnt whilst studying Traditional Chinese Medicine in Beijing, China.

Let our experts guide your choice

Get Updates & Offers from 5 Elements 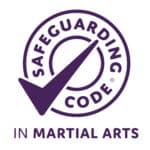 This website uses cookies to improve your experience. We'll assume you're ok with this, but you can opt-out if you wish.Accept Read More
Necessary Always Enabled
Open chat
1
Hello, this is 5 Elements Martial Arts how can we help you?
Powered by